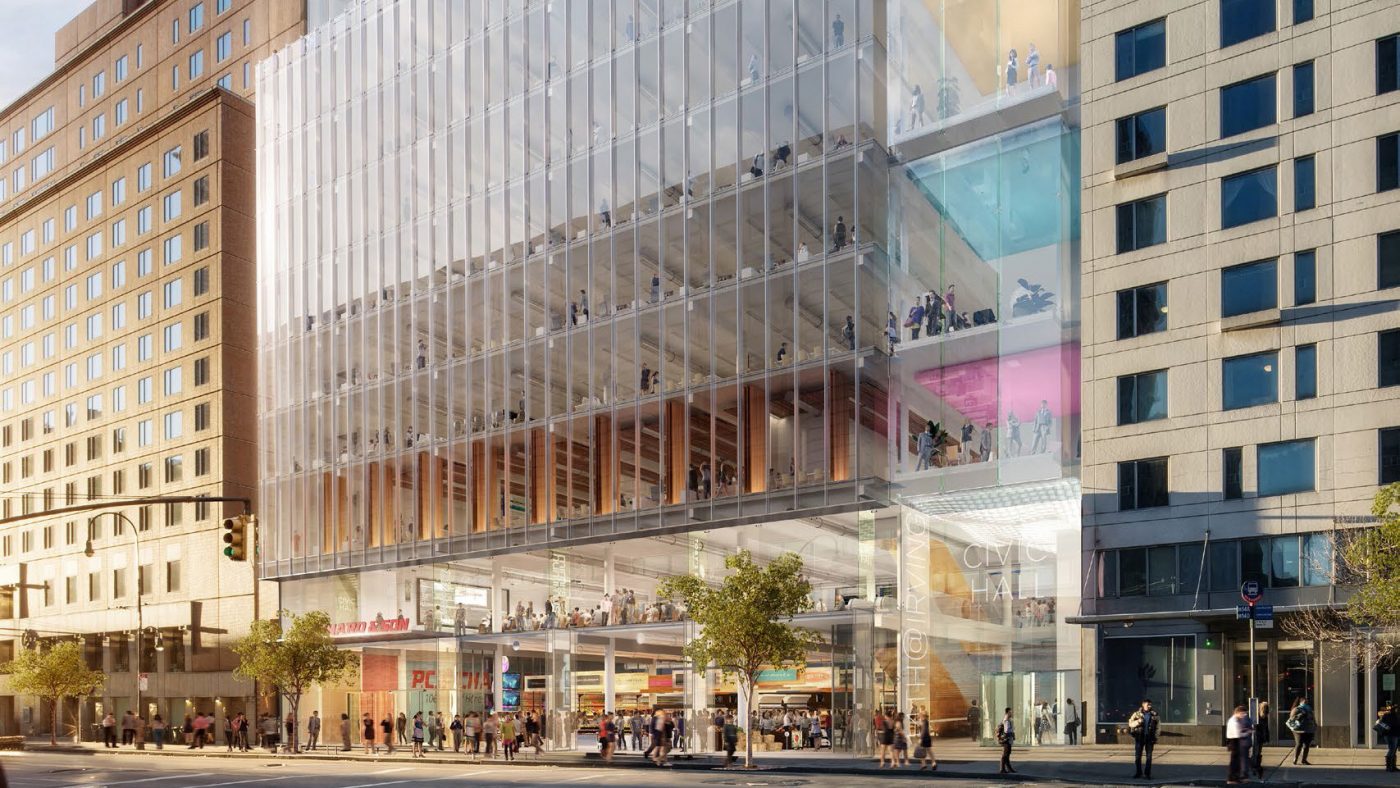 In the third quarter of 2022, SavCon oversaw the turnover of several spaces for the first occupants at Zero Irving in Union Square: Urbanspace food hall on the ground floor and Melio, an accounts payable software company, occupying two floors. Concurrent to the build-out of space for the building’s first two occupants, a pre-build space on the 8th floor for a future office tenant is being completed. This building, developed by RAL and Junius Real Estate, is comprised of 254,000 square feet including a mix of market-rate and affordable office space for tech companies and lower-level retail.

SavCon stepped in to supervise the completion of Urbanspace in March earlier this year, as their fourth project for Junius. The 2-million-dollar scope included a build-out of twelve kitchens for different restauranters such as Bao by Kaya, Plant Junkie, 21 Grains, Kid Brother Pizza, and Casa Toscana. As a part of the base building’s make ready scope of work, SavCon built out the kitchen prep room for these restaurants as well as a downstairs cellar acting as support space with elite locker rooms and an additional food prep and dishwashing stations in just 24 weeks.

During yet another venture into the food service sector, SavCon overcame all possible hurdles in record time. “The most challenging aspect of this project was formulating the road map to ensure each contractor’s preparedness for the authority inspections of systems including Gas, Electrical, Fire Alarm, ANSUL and finally the department of health inspection.” said Project Manager, Matthew Windmiller.

All the while building out the food hall for Zero Irving, SavCon took on another project simultaneously for a tenant on the 15th and 16th floors and 25,000 square feet of space. The scope of work for this 4-million-dollar custom build-out includes move-in ready polished concrete floors complete with a renowned board room with a large, suspended sliding glass wall system. Features of the space included the cladding of Bamboo millwork panels throughout, and installation of track lighting and decorative pendant fixtures to illuminate the open office space.

The most distinguished feature built into this project was the interconnecting industrial staircase between the two floors giving maximum collaboration for the tenant.

Assistant Project Manager on the job, Claudia Chieco, mentioned, “Although there were measures put in place in the event the interconnecting staircase completion would occur post-occupancy, its construction is now nearing completion due to SavCon’s expedited procurement and fabrication. The dedicated stairway will be available for tenants use upon their move-in.”

The project’s New York City-based engineer is AMA Engineering, and the architect is MKDA.

SavCon is now in the final phase of construction for their third project on location, the 8th floor, a build-out showcase space for perspective tenants.

BUILDERS WITH AN OWNER’S PERSPECTIVE